An extraordinary range of products still sold today were either invented, overseen or connected to the denizens of 330-337 Riverside Drive.

Lothar Faber of the Eberhard Faber pencil company lived in No. 335.

Raymond Penfield, of No. 336, was the second president of the Goodyear tire company.

Jokichi Takamine of No. 334 invented the enzyme takadiastase originally to brew alcoholic drinks. It did much better for tummy aches.

Takamine sold No. 334 to a dentist, Richard Forhan, whose toothpaste lives on in a few places, including Pakistan. 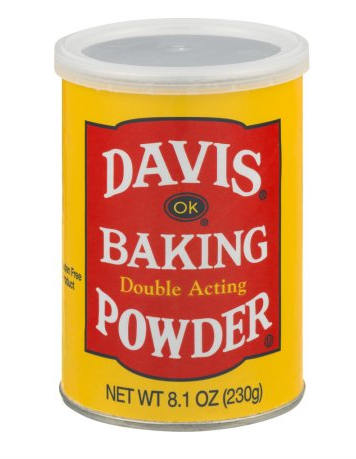 Robert Benson Davis — R.B. to his friends and family — made his fortune in New York after serving in the Union army during the Civil War with this white powdery stuff. It’s pretty common in the supermarkets. Davis lived at No. 330. 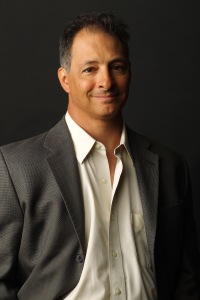 Daniel J. Wakin is a journalist at The New York Times. Read the full bio.

On the Town with Michael Riedel, AM970

“An urban anthropological biography of seven Upper West Side buildings [that] provides an inviting window on New York’s variety and vibrancy.” —The New York Times

“Wakin’s aim is to find the hidden lives in these stalwart buildings of New York’s Upper West Side, but it is he who breathes life into them in this wonderful reverie of a book. All city streets should have such history; and all micro-histories – peopled with Runyan-esque gangsters, early biotech adventurers, and unscrupulous society folk – should have a chronicler the likes of Wakin to lend them the breadth, insight, and vitality that you will find on each and every page.” —Jonathan Rabb, author,  “Among the Living”

“Wakin is an excellent storyteller. … While you understand that this book is about a few buildings, it also feels inescapably like a larger story about New York.” — Alexander Aciman, The Tablet

“A riveting true crime story that also unlocks the doors of some of New York’s most evocative characters of the last century. A great read for anyone interested in the secrets of the city.” — Michael Gross, editor, Avenue Magazine, and author, “740 Park: The Story of the World’s RIchest Apartment Building”

A wonderful writer and terrific reporter, Daniel Wakin brings alive the many tales of a single city block, taking us on journey back to a vanished New York —

author, “The Last Good Season” and “Bottom of the Ninth”

The dining room at 330 Riverside Drive, 1907. Notice the ghost butler on the left. Courtesy of Brian Finnerty 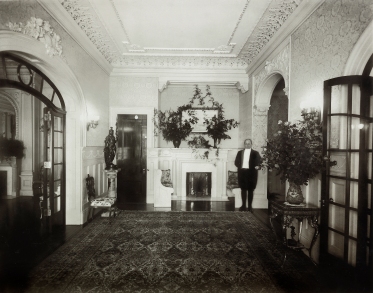 R.B. Davis and his daughter Lucretia at 330 Riverside Drive. Courtesy of Brenda Steffon

The Rubel warehouse as it looks today. By Laurence Beckhardt 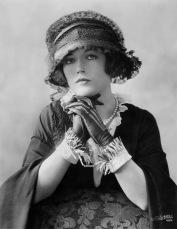 A delicate Marion Davies in 1922, while making her home in 331 Riverside Drive, bought by her lover William Randolph Hearst. New York Times/Redux.

Caroline Takamine, who lived with her husband Jokichi in 334 Riverside Drive. Courtesy of Great People of Kanazawa Memorial Museum Percy Geary, a member of the Rubel heist gang, is seen here after his arrest on a previous kidnapping charge. He was named but never charged in the armored car robbery but went to Alcatraz for the kidnaping. The New York Times. Percy Geary, last of the three escaped members of the O’Connell kidnap gang, as he was brought into headquarters at Syracuse, N.Y., Nov. 18 after his capture. His capture followed that of his two cronies, John Oley and Harold Crowley, on Nov. 17. The trio escaped from Onondago County Prison two days ago. 11/18/1937 NYTCREDIT: Associated Press 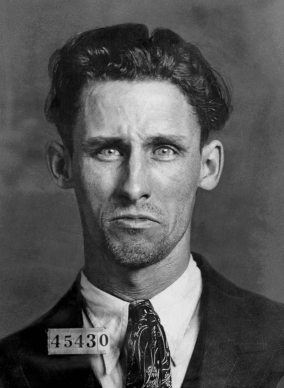 Joseph Kress, a member of the Rubel gang, who stole the getaway cars and drove one of them. The New York Times

Bernard McMahon, the man in the title.

Bernard McMahon working as a bartender in a photograph provided by his family.
Follow Daniel J. Wakin on WordPress.com

You can find them here. They are listed in strictly chronological order so be patient